During the Autumn term the children from Barford, Bawburgh and St Peter’s primary schools will have access to a range of professional musicians and directors to help them to create their own version of “Rusalka”, an opera by Dvořák.

The children will perform their versions of “Rusalka” on the main stage at Norwich Theatre Royal on Sunday 25th November 2012 at 2:00pm.

The HighTide Academy three-week summer programme at The Cut in Halesworth gives young people from the East of England the opportunity to work with professional practitioners and explore different approaches to performance, text and creating new work. Each 6-day intensive masterclass focuses on a different area of performance and develops young people’s creative skills in a professional rehearsal environment. All courses end with a final performance and a sharing of the work created during the week.

The Academy courses run between Monday 23rd July and Saturday 18th August 2012 with a performance each week. More information at

Each year the groups come together to perform at the Theatre Royal over two nights in front of an audience, many of who won’t have visited before. The 2012 performance, called Best of British, was performed on the 16th and 17th April. 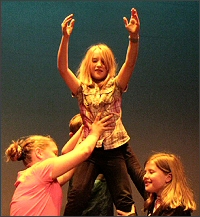 The schools performed their work in front of over 1000 friends, family and supporters on Mother’s day, March 18th 2012. 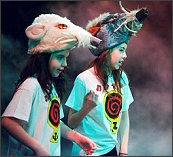